Crispy, crunchy and festive, these homemade Churros with Chocolate Dipping Sauce are an addictive snack! Lengths of tasty choux pastry are fried until crisp, rolled in cinnamon sugar, and served with a luxurious chocolate sauce.

It’s funny how some of the easiest foods to make seem like they would be so difficult, isn’t it? Foods like pizza, stir-fry, ice cream, and churros intimidate a lot of cooks. So, instead of attempting to make them, they order takeout or pick up a frozen version.

How about you? Does the idea of deep-frying your own churros seem like it would be hard to do? Well, I’m here to tell you it’s not! This fun snack is actually really easy to make because, a churro is really just a piece of lightly fried dough!

The dough itself is basically a choux (pronounced “shoo”) dough, which only has a handful of ingredients, and doesn’t need any yeast, kneading or rising. And to fry the churros, you don’t need any fancy equipment: just a couple of inches of vegetable oil and a medium-sized pot.

So who’s with me? Let’s get our fiesta on and make some yummy churros!

So what exactly are churros? Well, they’re a popular treat in Spain, Portugal and other Spanish-speaking countries. They’re increasingly popular in the US as well, and for good reason! Lightly fried, deliciously crisp, and coated in sweet cinnamon sugar, they’re a snack you can’t stop eating!

Churros are often sold by street vendors, and they’re a great party and carnival food, as well. They’re sometimes eaten for breakfast with coffee, champurrado, or with hot chocolate. And, they can be twisted and shaped in lots of ways! Probably the most common shape is a simple breadstick, piped through a star-shaped piping tip.

The ingredients for churros are all basic pantry items that you probably already have on hand. Nice, right? Okay, let’s get started!

For the Cinnamon Sugar Coating

For the Chocolate Sauce

How To Make Homemade Churros

Making churros is fun! I recommend having a candy thermometer to clip to the side of your pot; that way you can make sure the oil temperature doesn’t get too hot or too cold.

Before you make your churros, let’s go over these easy tips! You’re going to fall in love with this sweet, festive snack.

How to Store and Reheat Homemade Churros

Churros are best eaten hot or warm, but if you have leftovers, you can definitely save and store them. Here’s how to go about it: 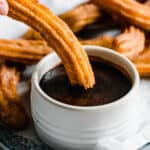 For the Cinnamon Sugar Coating

For the Chocolate Dipping Sauce

I’m all about the sweets, and these recipes are some of my absolute favorites! Be sure to check them out next. 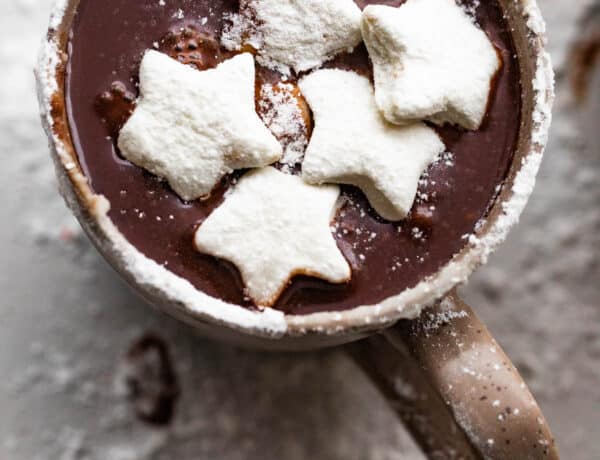 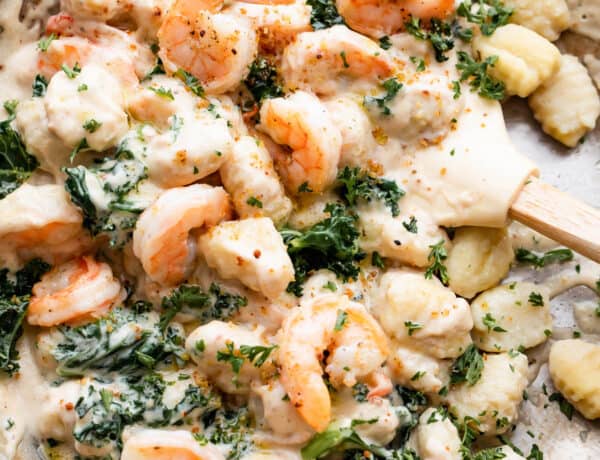 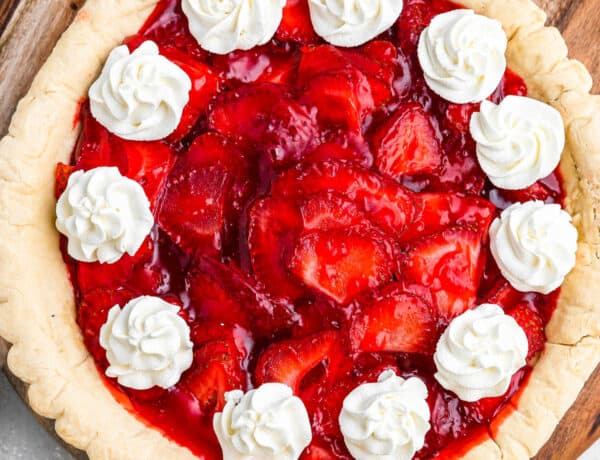 Feed a crowd with this easy recipe for Slow Cooker

With sesame oil, honey, and plenty of fresh garlic

This easy recipe for Lemon Bundt Cake starts with